What Is a Character Counter?

An online character counter lets you count the number of letters or characters in a text. It has a wide range of applications, including counting texts in your tweets. The number of characters in a text is crucial on all platforms, be it Snapchat, Facebook, Twitter, or when you need to share essential notes with co-workers. Count your letters by pasting the text in the text area. This section lets you count characters and letters in the sentence. 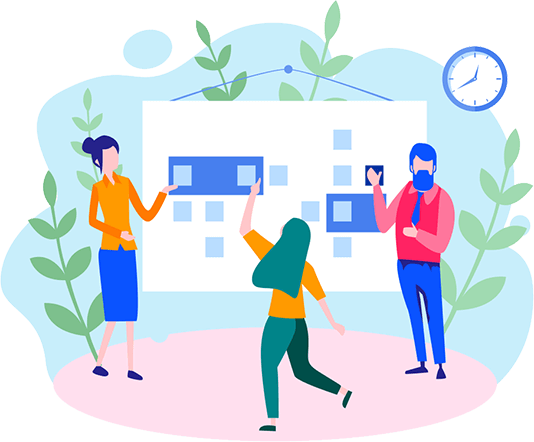 While writing on a Facebook wall, there is a character limit that you cannot surpass. The same goes for comments and statuses. By understanding the number of characters you can use, you can utilize Facebook more effectively as a campaign or business tool. Private messaging enables more interaction on Facebook. There are two types of direct messaging; email-type messages or instant messages (chat). A 20,000 character limit applies to both types of direct messaging. It is believed that there is a character limit of 63,206 for Facebook statuses. This limit is fair enough unless you are writing something extremely long posts. The company has improved this limit at least 12 times to count for both status and feedback. Facebook does not allow more than 5000 characters for normal wall posts. You will notice that truncation starts at 477 characters. The notes section is not commonly used on Facebook. However, most bloggers find this feature useful. This is because it does not have a character limit. This is the best area for thoughtful writings similar to blogs. You are directed to the notes section if you have a lengthy comment or status. Therefore, it comes in handy if you have a long post or comment to make. You can then share with friends by tagging them. Facebook has users uploading and making new posts every day. There might be a need to write a description while uploading images on the platform. But this has a character limit of 5000. Friends will start commenting on the image and its description once it’s posted. They will have a character limit of 8000. Facebook’s news feed only shows the first 1200 characters of each feed. Below is the summary of Facebook’s character limit:

Select the TOOLS menu and locate the WORD COUNT. You will be issued with a dialogue box that has the character count.

Wordpad is a straightforward word editor. It doesn’t feature a character count function.

Microsoft Notepad is a simple editor that does not come with a character count function.

Click on the TOOLS menu and then WORD COUNT. You will get a dialogue menu containing the character count.

Click the TOOLS menu and then the WORD COUNT. You will see a dialogue box containing the character count.

Click the TOOLS menu and then the WORD COUNT. You will get a dialogue box with a character count.

How Are Letters Counted ?

There are many forms of letters in modern society. Letters are used to pass information among individuals globally. Employees come up with business letters at some point, and this needs the counting of characters. To make the work easier, people use software to type and count the number of letters and characters in a text. Alternatively, an online character counter provides a reliable way to count letters and characters in a text.

A love letter is a very common type of letter. It provides a great way for people to express their feelings for people they hold dear. In this case, writers are keen on how they write and communicate. Therefore, they need to count the number of characters and letters. To do things faster, they need counters to help formulate the letter. This mainly applies when a male composes a love letter to his girlfriend. Counters help them know the number of letters to ascertain that the message is not exaggerated.

Modern technology lets people post these letters on social media such as Twitter. Twitter lets you post your message on the status, and then you will get replies and comments from the links. However, you will need to work with a character limit of 280.

Thankfully, there are character and letter counters to do the work for you. They let you write whatever you want, and they do the counting on your behalf and even show the results.

Once you are done writing an article or text, let the program do the counting of the words and characters you have created. This way, you will monitor the progress and even know the number of letters you still need to add. Note that these programs count all characters in a sentence. They do not just consider the letters. These are the same things considered by sites when they limit the number of characters in texts and articles.

It is okay to feel that counting letters and characters deter you from expressing yourself freely. However, it lets you grow as a writer by learning to express yourself in the fewest words possible. You might consider applying some advert slogans, for example, like recollecting slogans you heard in your childhood. They are short, succinct words and texts that can enrich your writing. You should be stimulated by using antonyms, synonyms, acronyms so that you grow each day.

At times, you will feel that longer sentences are necessary. However, this might affect the character count. This is because most grammatical expressions will just be written once rather than several times. Though a comma counts, it should help you accomplish some quality of writing. Note that your readers deserve to get the point of what you are saying. This must be your main goal every time you are writing.

It is not so hard to count the number of letters and characters in a normal text. Though sites like Twitter limit the number of characters to 280, you will learn that it is still the same length as a normal sentence. It is easier to make mistakes when writing something lengthy and irrelevant. If anything, you will spend a lot of time and effort, counting letters and characters by yourself. You just need to place the text in a character counter, and you are good to go.

This website uses cookies to improve your experience while you navigate through the website. Out of these, the cookies that are categorized as necessary are stored on your browser as they are essential for the working of basic functionalities of the website. We also use third-party cookies that help us analyze and understand how you use this website. These cookies will be stored in your browser only with your consent. You also have the option to opt-out of these cookies. But opting out of some of these cookies may affect your browsing experience.
Necessary Always Enabled
Necessary cookies are absolutely essential for the website to function properly. This category only includes cookies that ensures basic functionalities and security features of the website. These cookies do not store any personal information.
Non-necessary
Any cookies that may not be particularly necessary for the website to function and is used specifically to collect user personal data via analytics, ads, other embedded contents are termed as non-necessary cookies. It is mandatory to procure user consent prior to running these cookies on your website.
SAVE & ACCEPT